The New Science of Willpower — Compounding self-control to be more productiveReading time: 4 minutes

I woke up on Sunday and crushed a seventeen mile run in Central Park. My legs were trembling from exhaustion, but my mind felt motivated so I passed up relaxing for the gym. I returned home more energized and chiseled chores off my to-do list that I had neglected earlier in the week. Laundry — check, sweep floors — check, decorate Christmas tree — check. My day progressively got more productive. Willpower seemed to multiple by accomplishing one behavior making the next behavior easier and more tolerable. Shouldn’t behaviors that require self-control and effortful willpower get harder over time?

OLD: WILLPOWER IS A LIMITED RESOURCE…

Willpower — the capacity to control our behavior in the face of temptation — is thought to be a limited resource. We may resist the urge to eat a donut in the morning and dodge the unhealthy snacks at the office but find ourselves giving in to the late night candy bar. The “resource theory” of willpower indicates every time we use willpower throughout the day it depletes, leaving less willpower for other behaviors. For example – think of gas in the gas tank. Once it’s empty, your car will stop working. The same is true for the “resource theory” of willpower – once it’s been depleted, there is no room for remaining willpower.

How does the “resource theory’ explain my Sunday where my willpower seemed to multiply and compound over time? What if willpower to resist a doughnut in the morning subsequently increases motivation and confidence to stick with a healthy decisions later in the day. More and more research shows willpower is not a limited resource, but can have the opposite effect – a “snowball effect”.  Like a snowball rolling down a hill that builds in size and momentum, using willpower to perform one behavior can compound our willpower capacity helping us crush future behaviors that we thought we were not capable of doing. Extensive research coupled with my daily practice of willpower show that it can be a learned skill, and when applied effectively, self-control can magnify and compound from behavior to behavior.

WILLPOWER IS NOT STATIC BUT A LEARNABLE SKILL

Self-control may be a depleting resource. However, interesting new findings show willpower can also be learned and compounded with how we structure our behaviors.  Instead of depleting precious sources of willpower to go to the gym or resisting temptations, going to the gym may in fact increase willpower and help transfer more self-control later in the day.

Making willpower work for you:

Thinking of willpower as a limited resource limits our capacity for self-control.  Instead, it is more like as a sport, like basketball or baseball, where practice can increase our ability to manage self-control broadly across multiple domains. Small acts of willpower, such as resisting unhealthy snacking or always waking at the same time, can increase one’s overall ability to resist selfish temptations. When things seem tough, “just doing it” can enable self-control training that supports doing the things we want to do but often do not manage to do.

PRE-ORDER MY BOOK
Enter your email to be put on the pre-order list for my upcoming behavior change book. 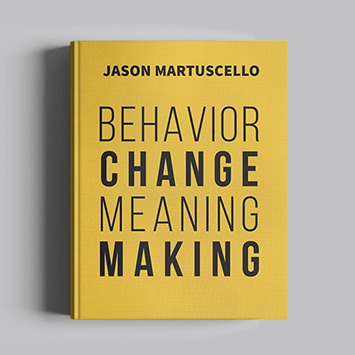 START CREATING CHANGE IN YOUR LIFE NOW!
The starting point with any success is change.
Stay updated. Start changing.

START CREATING CHANGE IN YOUR LIFE NOW!
The starting point with any success is change.
Stay updated. Start changing.